This guide points to archival, scholarly, and streaming media resources available through the WMU Libraries.

A note about search terms. Research is heavily influenced by systemic and personal biases in subject headings, word choice and keyword selections. I have used several terms to make this guide more inclusive. For example you will see terms such as Latino/a, Latinx, HIspanic, and Chicano, recognizing that there are many other preferred terms. 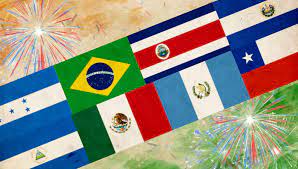 "September 15 to October 15 is National Hispanic American Heritage Month. The Library of Congress, National Archives and Records Administration, National Endowment for the Humanities, National Gallery of Art, National Park Service, Smithsonian Institution and United States Holocaust Memorial Museum join in paying tribute to the generations of Hispanic Americans who have positively influenced and enriched our nation and society.

The day of September 15 is significant because it is the anniversary of independence for Latin American countries Costa Rica, El Salvador, Guatemala, Honduras and Nicaragua. In addition, Mexico and Chile celebrate their independence days on September 16 and September18, respectively. Also, Columbus Day or Día de la Raza, which is October 12, falls within this 30 day period."