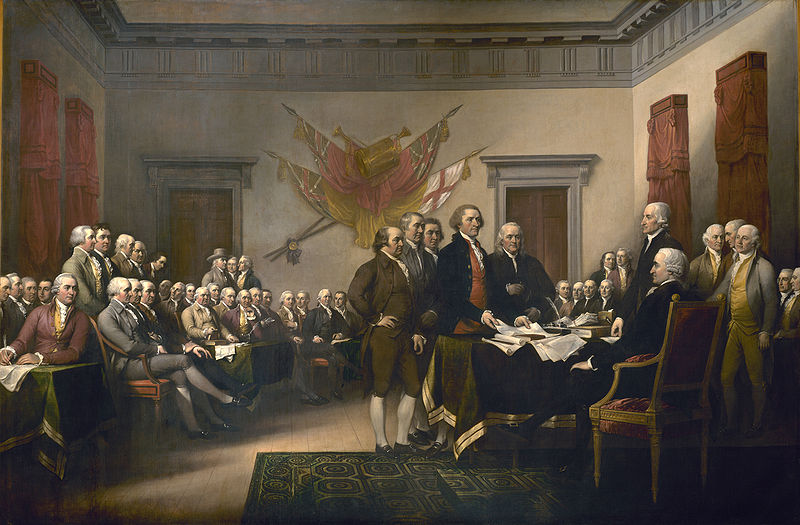 John Trumbull's painting, Declaration of Independence, depicting the five-man drafting committee of the historic document, presenting their work to the Congress. The painting can be found on the back of the U.S. #2 bill. The original hangs in the U.S. Capitol Rotunda.

Welcome to the WMU Libraries' Guide to Web Sites in American History.

Click on the pull down tabs under the Web Resources tab to help navigate through this guide.

For assistance in doing your research, please contact me or any other librarian.
Ask-a-Librarian is just a click away!