Annual Register of World Events.  D2 .A7
This ongoing series provides a summary of events each year, arranged by country. The WMU Libraries owns this title back to 1863, with the older volumes in storage.

British Historical Statistics.  HA 1134 .M58 1988
This is an excellent source for social and economic statistics for the history of Great Britain. The data is arranged by broad topics such as population, labor force, agriculture, trade, public finance, and prices. Most of the data is from the 19th and 20th centuries.

European Historical Statistics, 1750-1988.  HA 1107 .M5 1992
The statistical data in this work is arranged into tables by broad subjects such as population and vital statistics, labor force, agriculture, industry, external trade, transport, finance, and education. For many of the countries, the data is mostly from the late 19th century and the 20th century.

International Historical Statistics : Africa, Asia & Oceania, 1750-1993.  HA 4675 .M552 1998
The statistical data in this large volume is organized into tables by broad subject categories, such as climate, population, agriculture, external trade, prices, education, and national accounts. Despite the dates included in the title, much of the data is from the 20th century. 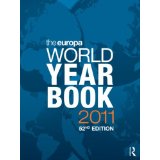