Cistercian and Monastic Studies at WMU

We plan to gradually make more resources available for researchers in Cistercian and Monastic Studies through continuing collaborative efforts by Western Michigan University Libraries Special Collections Department, Digitization Center, and monastic communities. Currently, two publications relating to Cistercian liturgy, the Liturgy O.C.S.O. journal and the Cistercian Liturgy series are completely digitized and available online. To access them, click on the link below.

The Cistercian Gazetteer project is a datalinking and mapping project being undertaken by the WMU Libraries, the Center for Cistercian Studies and the WMU Departments of Geography and Computer Science. The attached powerpoint provides a brief introduction to the project.  Updated information on the project can be found at the project blog at http://cistercianscholarship.wordpress.org.   To offer assistance or ask about issues not covered there, please email cistercian-scholarship@wmich.edu.  Subject experts who wish to be involved in the development of the dataset will find a link to the data input guidelines below. 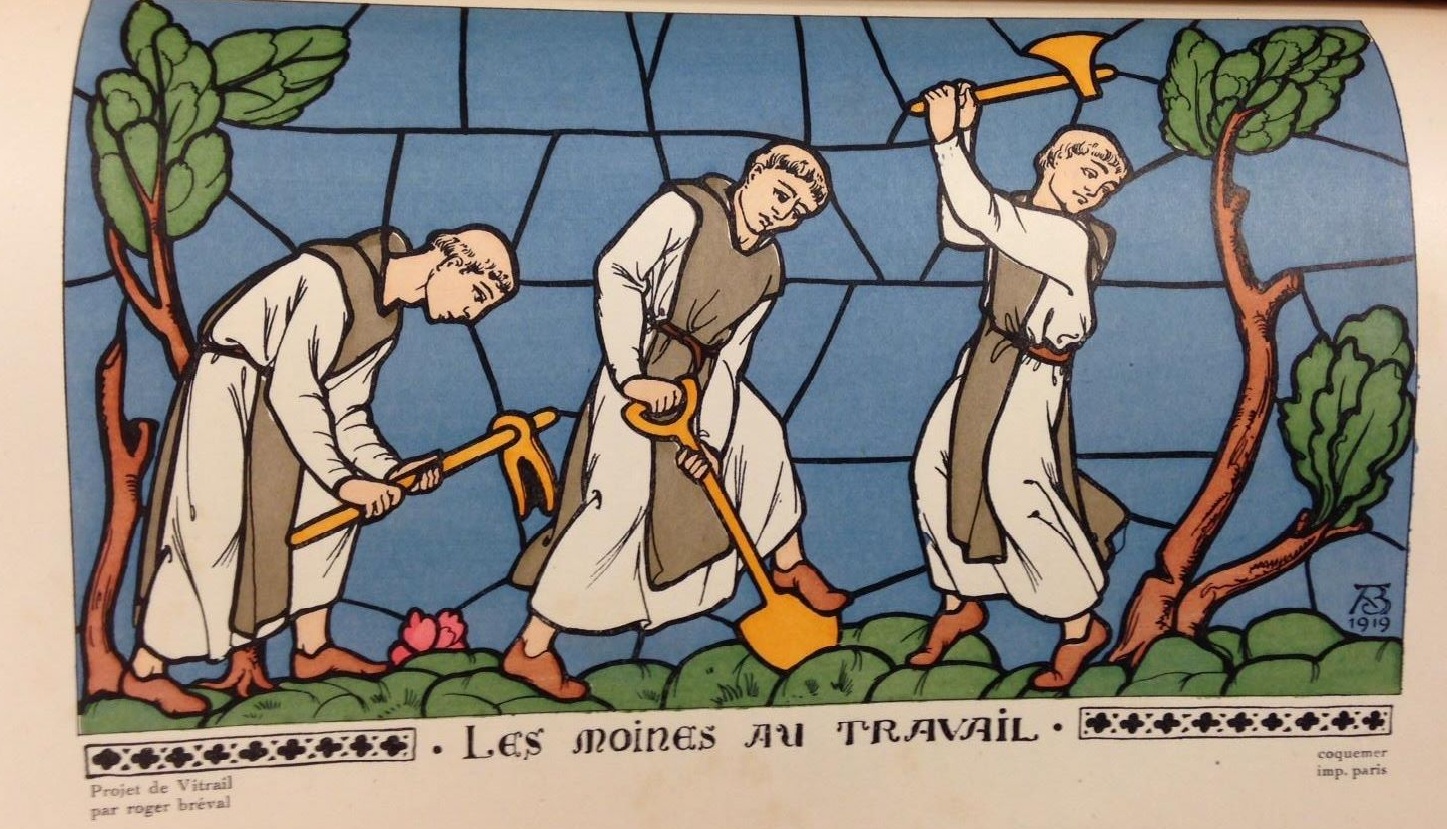 Plate from an early twentieth century book from the Cistercian Studies Collections depicting Trappists at work. A life of contemplation and work ("Ora et Labora") is emphasized in the Rule of St. Benedict, which contains the guiding precepts for Cistercian monasticism.

Western Michigan University Libraries began collecting materials relating the Cistercian monastic orders in the early 1970s with the creation of the Institute for Cistercian Studies (now known as the Center for Cistercian and Monastic Studies). The collections began with loans of books and manuscripts by American abbeys from all over the United States along with donations of books and papers by scholars of Cistercian history. The books date from the Hand Press Period until the present. They are printed in variety of languages, primarily Latin, French, German, Spanish, Italian and Dutch, but there are items in many other languages, as well, reflecting the growth of Cistercian monasticism from its origin in eleventh century France to becoming two global orders--the Cistercian Order and Cistercians of the Strict Observance (also known as Trappists) by the twentieth century.

Much of the original on-loan materials are still housed in Special Collections, but additional sub-collections and many individual items have been either donated or purchased over the last forty years, making WMU's Cistercian collections some of the most significant in North America.

In addition to books and manuscripts, there are archival collections: research materials used by monks who produced scholarship or popular writing on Cistercian spirituality, as well as papers of other scholars whose research was focused on some aspect of the Cistercians. The materials primarily relate to Cisterician liturgy, observances, history and Roman Catholic theology and other dimensions of spiritual life. Records for all of the books and archival collections are searchable in WMU Libraries online catalog. Other sections on this page link to electronic finding aids which describe the contents of the archival collections.